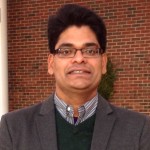 In the opening chapter of Henry Hazlitt’s – “Economics in One Lesson”, Hazlitt sheds light on the difference between good economist and bad. Excerpt from the chapter goes as below:

First edition of Hazlitt’s timeless classic was published in 1946, at a time when the world had just emerged from one of the worst wars in the entire human history, and was ready to embark on unbridled economic growth trajectory that the world had never witnessed before. The above quote very succinctly captures the difference, invaluable in the current circumstances as we make gargantuan transitions in several dimensions and aspects of the society.

World around us is going through transformation of magnitude that it has never been through before, disruptive technologies that have changed our lives forever and mostly for good. While increasingly large number of people have been elevated from poverty in the past decade than ever in the human history, we are also witnessing income disparities at a higher level in the developed as well as developing countries. The economic gains of recent times have not come at the expense of nothing, the contribution of developed nations’ GDP to world GDP has been sharply shrinking, “demographic cliff” faced by some of the major economies and unfunded liabilities in the western world must be all of grave concern.

As the world around us evolves, the catalysts for transformation spanning from geopolitical events to regulatory changes, from developed to BRICs to new Frontier markets, we analyze and advice on the impact of those changes. Our approach is well grounded on fundamental analysis, focussed on delivering sustainable results that help our clients adapt and succeed, even in the most uncertain environment.

At Cambridge Global Advisory, our goal is to provide rational and unbiased advise on central bank monetary policies, fiscal policies, advise on macroeconomic data, and uncover good investment opportunities and raise red flags at bad investments that emerge in the markets.