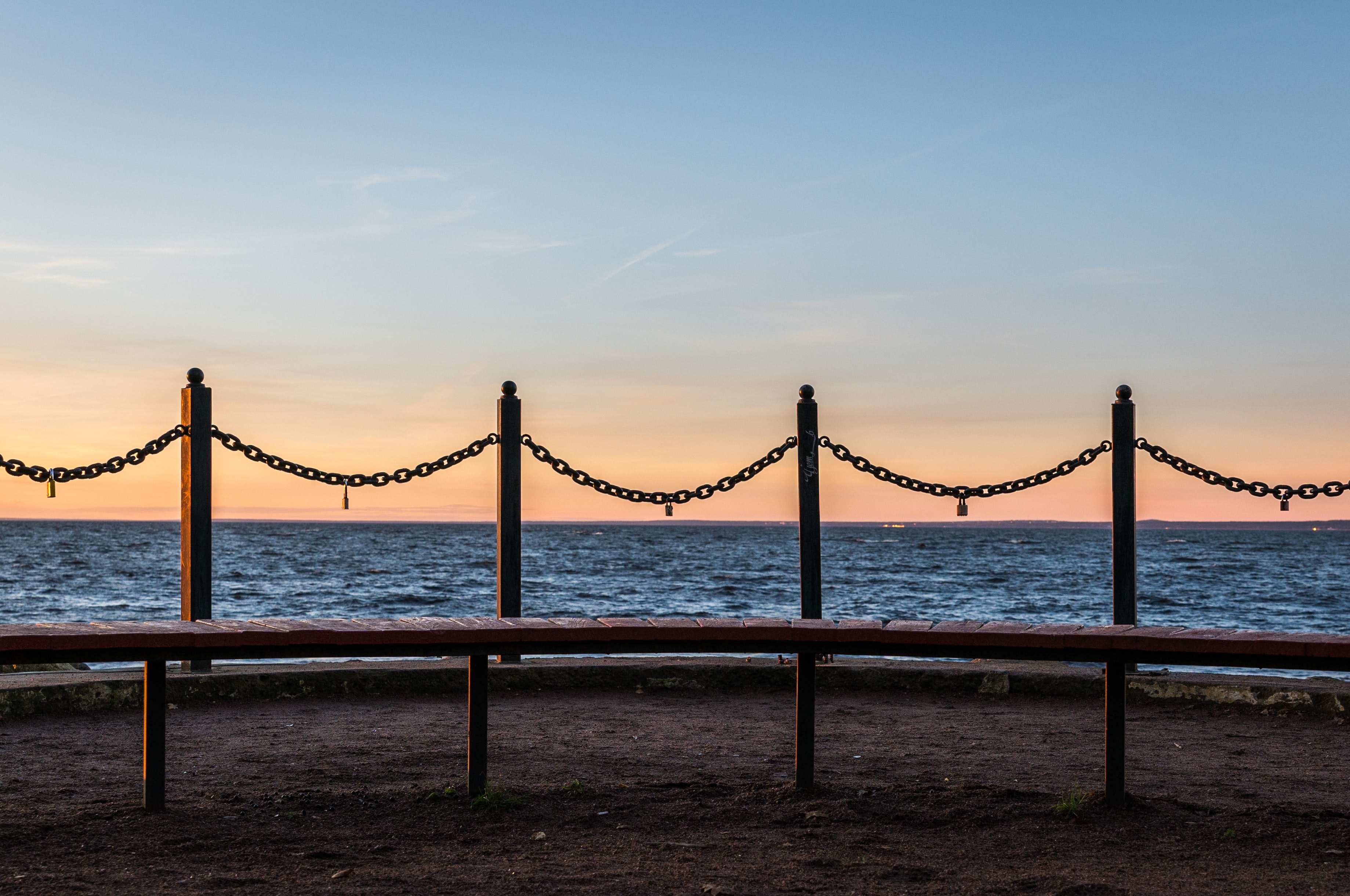 Data is both the beacon and the bane of the 21st Century healthcare industry. Resulting largely from the nationwide electronic medical record (EMR) adoptions mandated by the Affordable Care Act in 2014, reams of clinical and pharmaceutical records once relegated to dusty file rooms are now piling up as digital data points in exponentially expanding databases. The ever-growing data reserve offers the prospect of revolutionizing healthcare. It also poses a challenge every bit as outsized its potential.

How can an industry already strapped for resources, both human and financial, manage such an unwieldy accumulation, let alone leverage it for the type of intensive analysis that will yield clinical and administrative breakthroughs?

One of the most viable answers is quickly emerging from a non-traditional source. It’s called blockchain, and despite its genesis as a facilitator of cryptocurrency transactions, it appears to have found its true soulmate in the world of healthcare data.

At its core, blockchain is essentially a crowd sourced ledger. Instead of logging transactions in a notebook like your grandfather’s shoe repair shop, or an Excel spreadsheet like you’ve likely spent countless office hours filling, the blockchain stores them across a series of networked computers spread the world over. Blockchain is not a database, as there is no real “base” to it. The information is not saved to any single location which means a change at one location will alert the peer network immediately. The information can be viewed and distributed, but not copied. Each completed transaction is recorded as a “block” and added to an immutable (read only) “chain.” While the fixed nature of the chain makes correction of data entry errors nearly impossible, mistakes can be easily noted and amended with a follow-up entry as soon as they are identified. This mirrors long-standing accounting policy in many organizations, in which a ledger record cannot be changed once it is entered, and can only be revised via a new entry.

Created in 2008, blockchain was initially conceived as a means to facilitate Bitcoin transactions. It’s no secret that in its early stages, Bitcoin was largely used to fund less-than-pristine business dealings, often in parts of the world lacking secure financial infrastructures. Blockchain’s hyper-sophisticated encryption, coupled with its decentralized validation processes, made it ideal for enabling shadowy players to stay “off the grid” while lining their pockets. While the long term viability of Bitcoin is still up in the air, Blockchain appears destined for a much longer shelf life, as the same attributes that made it conducive to cryptocurrency exchanges stand poised to revolutionize a myriad of industries.

Healthcare may well be the first industry to truly institutionalize blockchain. Last year, Change Healthcare, a technology services provider specializing in the healthcare and pharmaceutical industries, began incorporating Linux blockchain solutions into its service offerings. 2017 also marked the launch of the MediLedger Project, in which competing drug manufacturers and wholesalers, including Pfizer and Genentech, began pooling their data and utilizing blockchain to track and trace the prescription and distribution of medications. As such early adopters begin to show tangible results. With other healthcare leaders like Beth Israel Deaconess Chief Information Officer John Halamka publishing extensive research laying out use cases, blockchain’s penetration into the healthcare market appears to be nearing a tipping point.

Blockchain may well be instrumental in the evolution of data analytics across multiple industries. The quality control is unparalleled, with ongoing verification by performed by every machine on the network identifying corrupted data nearly instantly. In addition, information entered at any point on the chain is visible throughout the entire network in real time. In short, not only does it keep every member of the network on the same page, it assures that the page is error free.

In an era when virtually every industry is grappling with big data – large amounts of often unstructured enterprise data collected via digital transactions – healthcare may well have the most sizable data of all. Or at least the most sprawling. The Affordable Care Act mandates that every healthcare provider collect and store patient records electronically. That means that wherever patients are treated, from the largest national health systems to your friendly hometown podiatrist, new information is being plugged into databases daily.

Such robust datasets offer nearly limitless possibilities for adding efficiency and precision to treatments, clinical trials, and even supply chain operations. That can only happen, however, if clinicians and researchers are able to quickly and thoroughly assemble relevant records together. With stand alone databases, that can be overly burdensome.

For example, a patient being treated by three different specialists may well have a digital file in three separate EMR systems, all recording different treatment histories, prescriptions, and protocols. Currently, coordination can require human-facilitated sharing of data amongst the three medical offices, not to mention a proactive effort by the patient to keep all parties informed of changes to other treatments. A crack in any single link in that chain of human communication could result, for example, in two doctors unknowingly prescribing medications that have negative interactions. Or conversely, a doctor could opt against prescribing a potentially useful drug based on an outdated record noting usage of an incompatible medication.

A blockchain updates in real-time whenever new data is recorded, and relevant parties automatically see the latest version of the chain. That means a new medication prescribed by a patient’s cardiologist at 10:00AM will be visible to her neurologist when she arrives for her 10:30AM appointment. The combination of universal accessibility and real-time updates represents a quantum leap in the healthcare industry’s efforts to convert amorphous big data into longitudinal (long) data – the lifetime history of a person, place, or thing.

After over 60,000 years of medical treatments, there isn’t much new under the sun in the way of medical conditions. The clues to cracking a difficult diagnosis can generally be found in past cases. The hard part is identifying the right ones. With records of treatment protocols, patient outcomes, and clinical trials currently strewn about disconnected and sometimes incompatible systems, there is no way for any human to process all of the data required to make the most thorough diagnosis and treatment recommendation.

A robust blockchain would not only give medical professionals access to a much deeper data pool, but when paired with artificial intelligence, also fast gaining popularity in the medical field, it can offer sophisticated algorithms to automate much of the search and comparison process. For example, an AI regression model could quickly run a patient’s symptoms against possible treatments and their success rates, allowing doctor and patient to make a decision based on every similar case on the chain.

Clinical trials could also be bolstered through the introduction of blockchain. The secure tracking and peer-to-peer functionality may well open the door for wider ranging trials, in which researchers from all around the globe pool their resources into a single study and share results securely in real-time. In addition, the number of patients willing to participate in trials may increase as understanding and comfort with the stringent encryption capabilities of the blockchain become more widespread, quelling patient fears about their most personal information being hacked or misappropriated.

With the proliferation of data inevitably comes the proliferation of data breaches. From malware to backdoor attacks, credential theft to exploitation of configuration errors, one thing is certain: wherever data is stored, data can be stolen. In healthcare, upwards of 27 million patient records were affected by breaches in 2016, according to a Protenus Breach Barometer report. With it’s singular combination of decentralized storage and linear connectivity, the blockchain ups the degree of difficulty for hackers many fold.

Since the data is not stored in any single location, there is no “database” to hack. Instead, each transaction is recorded in a block, which is connected to all the blocks before and after it in the chain. To tamper with a record, a hacker would not only have to alter the block in which that record was stored, but all of the adjacent blocks in the chain in order to avoid detection.

In addition, blockchain’s credentialing makes even the most elaborate password configurations appear primitive. Secured through cryptography, blockchain networks require each user to have a “private key” that serves as a personal signature to authorize transactions for completion. Once added to the chain, if a record is altered, the signature immediately becomes invalid, alerting the peer network that something is amiss.

While no technology is impenetrable, the complexity of blockchain is likely to serve as a heavy deterrent as long as there is a plethora of other easily accessible data a few simple keystrokes away from the hands of a would be hacker.

While blockchain appears poised to re-shape healthcare, there are obstacles slowing a universal blockchain revolution in the near term. Chief among the hurdles the industry must clear is scalability. Originally designed to handle relatively small data records, such as simple financial transactions, the blockchain could quickly bog down under the weight of numerous extensive medical records, many spanning tens or even hundreds of pages. In addition, X-Rays and other high resolution images will devour disproportionate storage bandwidth if added to the chain in mass. As a result, blockchain in healthcare may ultimately take on a hybrid form, in which the chain is used to log changes to records rather than actually storing full files. Alternately, we may see health providers adopting a best practice in which links to medical records are stored in the chain, but the files themselves remain “off the chain.” Finally, sharding technology, enabling blockchain networks to divide into smaller subgroups (shards) that work in concert to process transactions more quickly, is expected to become commercially available as soon as this year. If early adopters see a significant uptick in efficiency, sharding could quickly become a common companion to blockchain.

There are also bureaucratic obstacles to maneuver. The relatively rapid emergence of blockchain coupled with the glacial pace of the legislative world has resulted in a lack of clear regulatory standards. Moreover, with healthcare data having clear global implications, the possibility of radically divergent regulatory environments emerging around the world could further complicate widespread adoption of the technology. Given the investment a full transition to blockchain would require, some institutions will likely hesitate to move forward until the legal implications surrounding the technology become more clearly defined.

Forecast for 2018 and Beyond

About the Author: Jeffrey Harvey is a contributing author at Cambridge Global Advisory
Have a question or comment? Contact CGA at info@cambridgeglobaladvisory.com..

See all posts by CGA